Reasons Why Python Should be Used As a Programming Language? 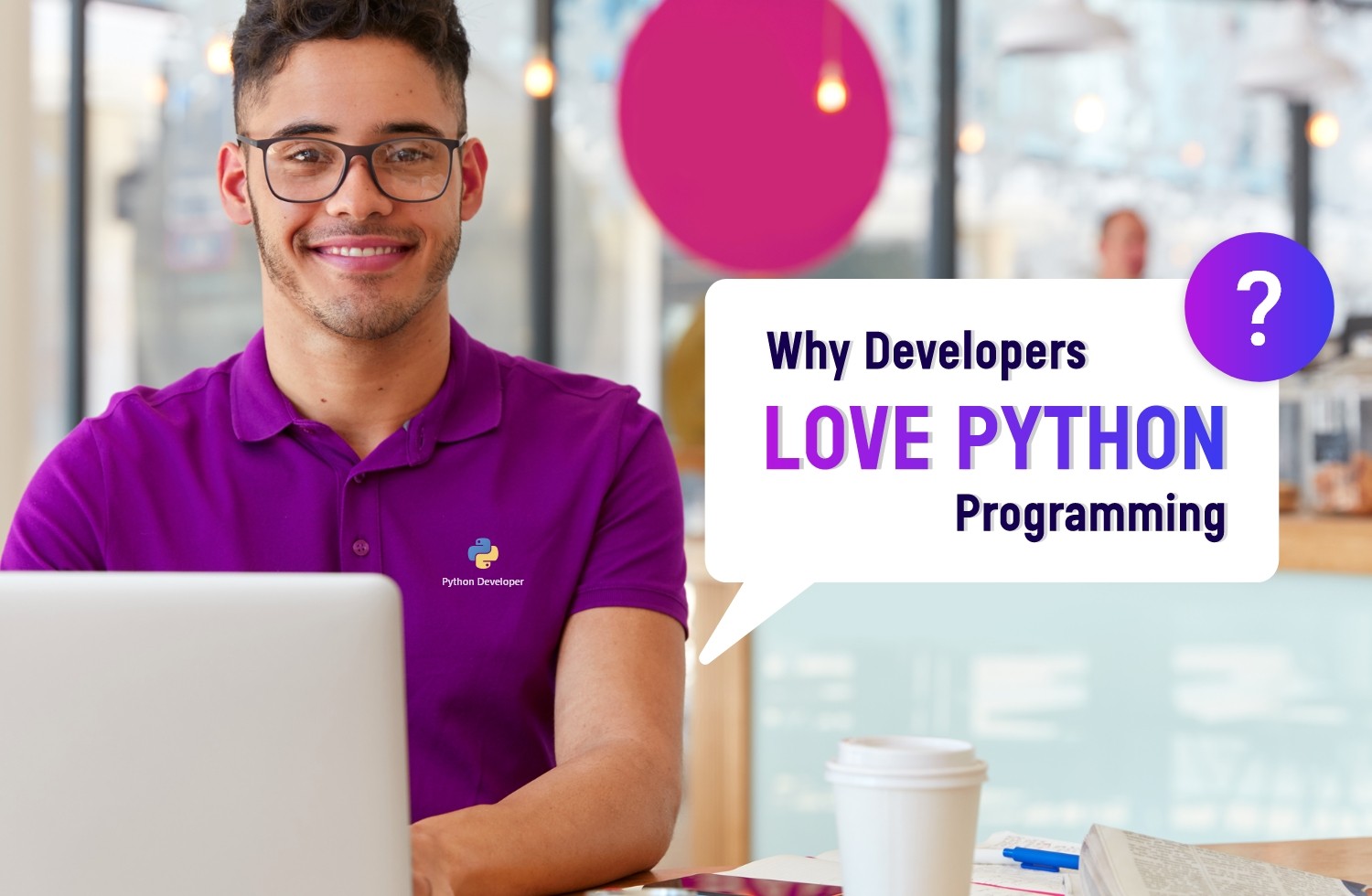 Python’s easily readable syntax is convenient for making the code with fewer lines.

1. Simple to read code – Python uses simple and easy-to-understand codes for writing programs. It comes with syntax that enhances the readability aspect. The use of English words and punctuation helps the developer to interpret the code. The quality of the source code determines how easily the application can be updated or maintained in the future. Python Programming Language makes it easy for writing programs.

2. Security – Python-based applications are more secure and have and robust backend. Applications developed with python are less prone to cyber-attacks.

3. Library support – Python language has an extensive set of libraries to help the developers use the pre-written codes. Many modules collection and standard libraries can help developers in equipping with tokens, syntaxes, and core modules. With the help of already built libraries, you can make the development faster and minimizes development cost by using the already written code for the specific functions. In an open-source language like python, you can choose from a variety of modules and solutions that suits your requirements. You can even modify the module according to your requirements and comprehend the code.

5. Integration – Applications made with the Python language can be integrated with other languages easily. Python can also be integrated with the IoT Internet of things. It offers a platform called Raspberry Pi which is used to develop physical devices in accordance with the IoT concepts. With the help of third-party integration tools in Python, an application can be extended to a variety of functionalities. That is the reason why many organizations prefer Python for developing applications.

6. Multi-Purpose language – As multiple programming languages that use various frameworks. It is also used to develop game and middleware products as well. Other uses of this language include web scripting, developing cyber security, website security, and automatic memory management. It also uses the concepts of functional and aspect-oriented programming.

7. Object-oriented and flexible language – One of the features of Python includes aiming at an object when joining with functions at the same time while keeping the procedures in mind. Python also offers flexibility in programming. It makes it easy to develop a variety of applications with the help of python.

2. Blockchain Applications – Blockchain technology is one of the popular technology trends in recent times. However, blockchain development is not an easy task. That’s where Python can be effective in building blockchain applications. Python frameworks such as Flask can be implemented to create endpoints for a variety of blockchain features. The HTTP request can also be used for interacting with the blockchain on the internet. Moreover, scripts on multiple networks can also be run with Python.

6. Game Applications – Python Programming Language can be useful in developing quick game prototypes and also testing them in real time. It also assists in creating game designing tools that assist in many tasks of the game development process. Many popular games like “Battlefield 2”, and EVE online were developed with the help of Python.

Conclusion – Python is an open-source, free, versatile, and flexible language that helps develop various applications. Extensive libraries support from Python also helps in creating a variety of applications. Python not only performs as a programming language, but it also helps to enhance the productivity of the developer by providing vital information. Hire an experienced app development company that can develop applications in Python. All these points make it clear why Python is regarded as one of the best application development languages.